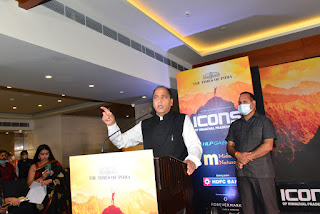 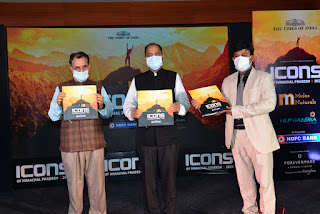 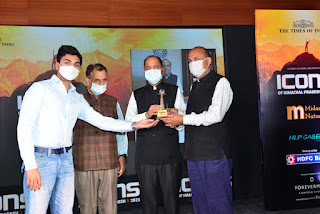 The Chief Minister while congratulating the Icons of Himachal, said that these individuals awarded by the Group have contributed immensely to their motherland and ignited the lives of thousands of others by providing them ample opportunities for development and growth. He said that all the entrepreneurs have also contributed significantly towards the development of the State.

Jai Ram Thakur said that although being a small State, Himachal Pradesh has shown way to several big states of the country by pioneering in various sectors. He said that the State Government has taken several initiatives to invite the entrepreneurs to be partner in the developmental journey of the State. Himachal Pradesh has been ranked at 7th position in ease of doing business. He said that Himachal has emerged as a Faster Moving State in the country by providing congenial environment for the entrepreneurs to invest.

The Chief Minister said that State Government in order to woo entrepreneurs, organized Global Investors Meet on 7th and 8th November, 2019 at Dharamshala and as many as 707 MoUs worth over Rs. 96700 crore were signed in this Meet. He said ground breaking ceremony was organized within a month of this event in which Rs. 13600 crore worth projects were started. He said that now the State Government was ready to organize second ground breaking ceremony with projects worth Rs. 10000 crore.

Chief Minister said that although the Covid-19 pandemic has hampered the developmental endeavours of the State but still Government was committed to ensure that the developmental spirit does not dampen. He also thanked the entrepreneurs for reposing their faith in policies and programmes of the State Government and choosing Himachal Pradesh as destination for investment.

Branch Head of the Group Vikas Bhardwaj said that the coffee table book was an ode  to success of common people who by virtue of hard work has scaled new heights.