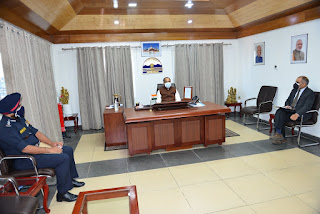 Chief Minister said that on the request of State Government, Central Government has sanctioned battalion of NDRF keeping in view the difficult topography and disaster prone terrain. He said that headquarter of this battalion has been decided to be established at Mandi and would have three regional response centres at Rampur, Nurpur and Baddi.

Jai Ram Thakur said that the regional response centre of the Battalion at Baddi has been established to ensure prompt response in case of industrial hazards. He directed the officers of the State Government to provide temporary accommodation for the jawans of battalion at Baddi, Rampur and Nurpur so that they could function smoothly.