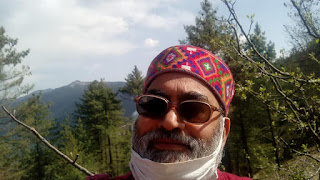 The Chief Minister has expressed his deep condolences with the bereaved family members and prayed to the Almighty for peace of the departed soul.

Additional Chief Secretary, Information and Public Relations J.C. Sharma has also mourned the death of Dr. Ranjeet Singh Rana and expressed his sympathies with his near and dear ones.

A condolence meeting was organised in the Directorate of Information and Public Relations and two minutes silence was observed by the officers and officials of the department for peace of the departed soul.

Director, I&PR Harbans Singh Brascon while paying his tributes to Dr. Rana said that he rendered his valuable services to the department. He was a friendly and affable person who contributed immensely for the department for a long time. Dr. Rana was also actively involved in social activities and was founder of UDAAN, a parents and guardians society NGO for the specially abled children being run from Shimla.