CM exhorts toextend all cooperation to the jail inmates 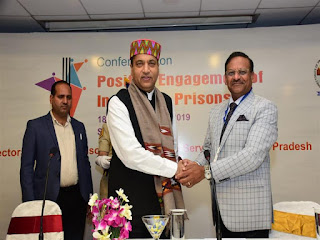 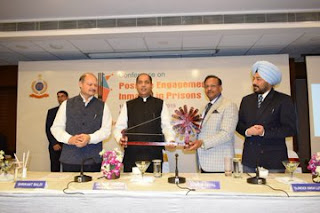 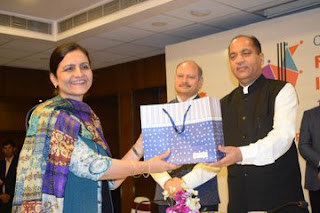 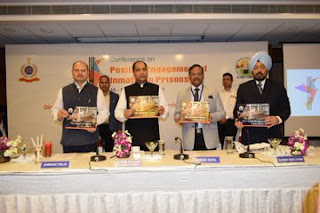 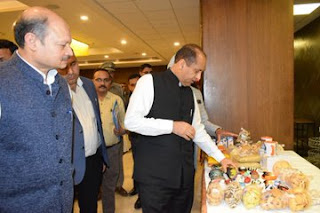 CM exhorts to extend all cooperation to the jail inmates

SHIMLA------While presiding over the a two day long conference on "Positive Engagement of Inmates in Prisons" organized by Prison & Correctional Services  department here today, Chief Minister Jai Ram Thakur urged the members of the civil society to extend all cooperation and help to the jail inmates so that after completion of their jail term the prisoners could lead a normal life.

The Chief Minister said that even the prisoners were the part of our society and we all should adopt a humane attitude towards them. He said that the social stigma with prisoner in particular and his family in general was indeed beyond explanation.

Jai Ram Thakur said that there were about 2500 prisoners lodged in various jails of the State. He said that they were facing the punishment as per the law of the land for their unlawful activities, but at the same time it becomes our duty that their families do not suffer for the misdeeds of the individual. He said that several jail inmates were working in the jail and reform centres so that they could contribute positively for the society.

The Chief Minister also appreciated various initiatives  of the Prison & Correctional Services  Department  such as e-Peshi, e-Prisons Softwares and facility of Video Conferencing. He urged the Jail Administration to ensure better reforms in the jails so that the jail inmate apart from leading a respectable life, could also contribute towards the society. He added that more efforts should be made to rehabilitate the prisoners so that they could reside with dignity after completion of jail term. NGOs, individuals and industrial houses should also cooperate in the rehabilitation of prisoners, he added.

Jai Ram Thakur also released a Coffee Table Book 'Har Hath Ko Kam- A Game Changer'. He also provided 'Appreciation Awards' to the people for their immense contribution towards welfare of the prisoners. He expressed hope that the two day Conference would go a long way in ensuring positive engagement of the inmates in Prisons.

Chief Minister also visited the exhibition stalls and envisaged keen interest in the items prepared by the prisoners.

A short film regarding Shimla Book Cafe was also shown on the occasion.

Chief Secretary, Dr. Shrikant Baldi said that it was for the first time that a conference regarding prisoners was being held in such a positive energy. He said that it was heartening to know that quite a good number of entrepreneurs were working for the welfare of the jail inmates.

Director General of Prison & Correctional Services  department  Somesh Goel welcomed and honoured the Chief Minister on the occasion. He said that the thrust of the Departments of Prison & Correctional Services has been to ensure proper rehabilitation of the jail inmates so that they could lead a normal life after completion of their terms. He also detailed various activities being carried out by the Department for welfare of the prisoners. He said that the jail inmates were preparing various articles which were put on sale at different centres on different occasions.