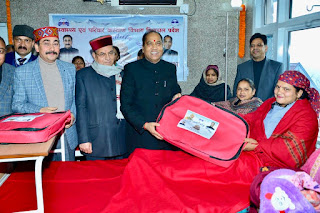 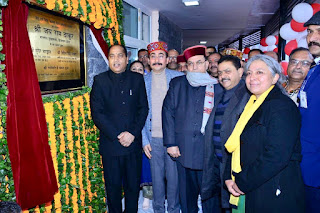 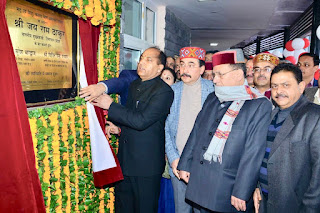 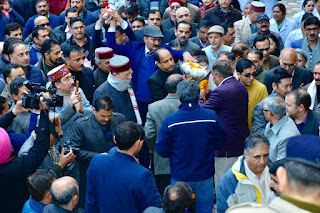 SHIMLA----   The State Government would ensure that the Kamla Nehru Mother and Child Hospital would be development as the premier health institute for mother and child health care in the State for which this institute would be equipped with latest equipments and other basic infrastructure. This was stated by the Chief Minister Jai Ram Thakur today after inaugurating five storied and one basement, Maternity and Child Health block (MCH) in Kamla Nehru Hospital here today constructed at cost of Rs. 17.5 crores.

The Chief Minister said that Machinery and equipments worth Rs. 3.25 crore would be installed in the operation theatre, labour room and new born nursery of the mother and child health wing. He said that medical oxygen pipeline system would also be installed in new Wing. He said that the new building has facilities such as labour room, operation theatre, neonatal care unit, laboratory, antenatal and neonatal wards and special wards etc. He said that the new Block would have added 100 bed capacity to the existing capacity.

Jai Ram Thakur said that the people of the State would be immensely benefitted by this hospital as the new Block would ensure more bed capacity.

Education Minister Suresh Bhardwaj while welcoming the Chief Minister said that the new block would go a long way in providing better health care facilities to the people of the State.

Health Minister Vipin Singh Parmar said that the endeavour of the State government was to ensure best health facilities to the people of the State under one roof.