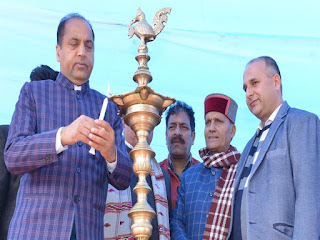 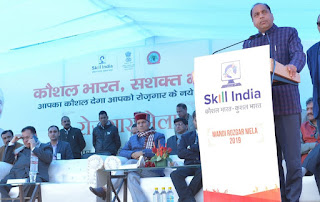 He said that it should also be ensured that the trainees get employment as soon as they complete their training for which the HP Kaushal Vikas Nigam must maintain better coordination with the industry. As many as thirty companies were participating in this Rozgar Mela and the target has been fixed to provide employment to at least two thousand youth of the region. He said that the main objective of organising this Mela was to provide employment opportunities to the youth nearer to their homes. He also urged the youth to inculcate spirit of competitiveness in order to excel in their lives.

Member Parliament Ram Swaroop Sharma said that that 1.50 lakh youth would be skilled under the skill development programme in the State in the coming time. He said that stress should be laid on the fact that all the training programmes were employment oriented so that youth getting training also gets employment immediately.

National Skill Development Corporation State Head Jitender Sharma while welcoming the Chief Minister said that 24000 youths have been trained under the Pradhan Mantri Kaushal Vikas Yojna in the State, till date.