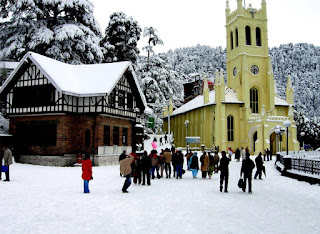 A presentation was given by Irrigation and Public Health department displaying the progress/achievements of this project.

It was informed that government has fixed the target to complete this scheme within six months and work on it was going on war footing. The officers of the Irrigation and Public Health apprised that the work on this ambitious project was going on satisfactorily.  Half of the work of site development at Water Treatment Plant (WTP) and Sump well at booster stage has been completed. Work of construction of WTP and pump house has been completed upto 15 percent. The manufacturing of pipes of rising main is complete at factory premises and the dispatch has been started and the delivery would be completed by 10th February this year and the laying of pipelines will be carried out simultaneously. The orders of pumping machinery have been also placed.

It was informed that the tender process of this mega project got delayed due to stay orders of Hon'ble High Court.  The officers of HPSEB assured to complete the work of supply of power to this project by 31st March and to address to the problems of low voltage at the site.

Dr. Shrikant Baldi appreciated the efforts of the line departments for undertaking the work on this project on war footing and said that Chief Minister was very keen for completion of this scheme before onset of summer season.  He asked the officers to gear up the pace of the work at sites to complete the project within the scheduled time period.

Secretary, Irrigation and Public Health Devesh Kumar said that that usually such big projects take three to four years time for its completion, however, the department is making all out efforts to complete this project within six months by working at site in three shifts.  He said that this scheme will provide additional one crore litre drinking water per day to Shimla town.