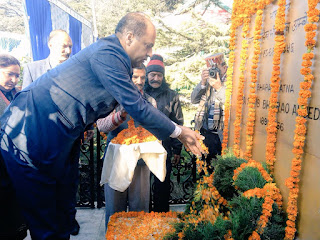 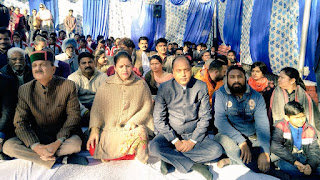 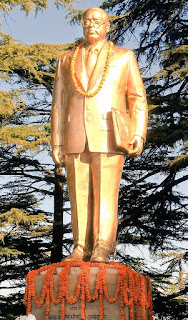 Speaking on the occasion, Jai Ram Thakur said that known as father of the Indian Constitution and 'Messiaha' of poor and downtrodden, Dr. Ambedkar always fought for equal rights of all sections of the society. He said that Baba Sahib's contribution to the Nation before independence and after independence was well acclaimed.

He said that Dr. Ambedkar belonged to a poor family and struggled hard to attain a high position in his life and contributed immensely for betterment of the Nation. He was a source of inspiration in real terms for all and we need to follow his footprints who gave the message that all sections should work united for removing disparities from the society.

The artistes of Information and Public Relations department presented devotional and patriotic songs on this occasion.