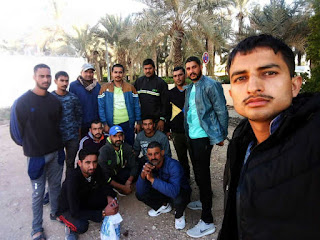 SHIMLA---- All the residents of Himachal Pradesh stranded in Riyadh (Saudi Arabia) are safe and efforts are on to get them released at the earliest.

As per the information shared with the state government by R.V Prasad, Director (Gulf), Ministry of External Affairs on Tuesday, the Indian Embassy in Riyadh has informed that all the 14 Indian, including 12 from Himachal Pradesh were lodged in the Riyadh Deportation Center. Out of these, on person (Onkar Chand from Punjab) has already been deported to India. Two citizens namely Tanuj Kumar and Devender Kumar, who belongs to Mandi district of Himachal Pradesh have been got released by their sponsor.

A senior Embassy officer spoke to these citizens and counseled them. Later, on Embassy official also met the remaining Indian citizens on 2 December, 2018 and confirmed that all are fine.

The officials from Indian embassy in Riyadh also met the concerned officials of the Deportation Center seeking their early repatriation to India. The embassy has informed that it seems all the citizens came illegally to Saudi Arabia in violation of the extant norms. The Embassy has assured that it would continue to extend all possible help and follow up for their safe repatriation to India.

Chief Minister Jai Ram Thakur had talked to Union External Affairs Minister Sushma Swaraj with a request to personally take up the matter with Saudi Arabia authorities for their release.