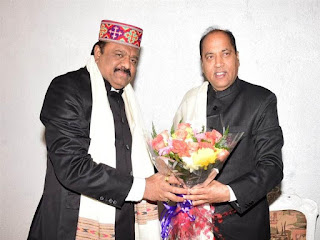 SHIMLA----      The State government was committed towards the development of tribal areas so that tribal people of the state could also harp the benefit of development. This was stated by the Chief Minister Jai Ram Thakur while interacting with the Union Minister of State for Tribal Development Jaswant Singh Bhabhor here today.

Union Minister of State for Tribal Development assured the Chief Minister that the Union Government would provide all possible help to the state for ensuring better development of tribal areas of the state.