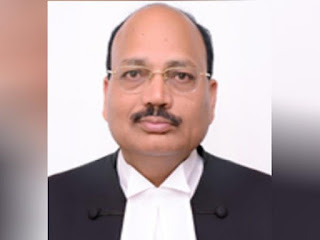 A notification issued on Wednesday said that justice Surya Kant who is judge in Punjab and Haryana High Court to be take charge of HP High Court.

Justice Surya Kant did his graduation from Government Degree College Hisar in 1977 and Law from Maharishi Dayanand College Rohtak in 1984.

Born on Feb 10, 1962, Justice Surya Kant did his specialization in constitutional, Service and civil issues and he was appointed advocate general in 2000 at a very young age.

He had been member of National Legal Services Authority (NALSA) and served as a lawyer in District and Punjab and Haryana High Court in 1985.