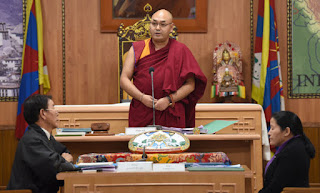 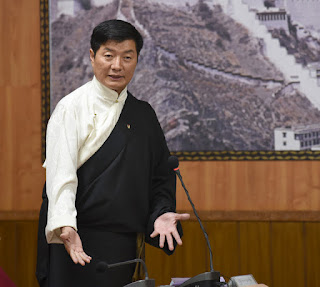 Dharamshala----------- The sixth session of 16th Tibetan Parliament in exile concluded following nine days of comprehensive deliberations and presentation on the annual work reports of the seven departments of the Central Tibetan Administration.

He applauded and thanked US House of Representatives for passing the Reciprocal Access to Tibet Act, especially parliamentarian Nancy Pelosi and Jim McGovern for their untiring effort to pass this bill.

He briefly appraised about his tenure of two and half years report especially the visit of parliamentarians to Tibetan settlement around India, the campaign of parliamentarians in different parliaments in India and the world at large. He urged the Tibetans to be united and stand against the iron fist of China by citing historical examples.

He thanked His Holiness the Dalai Lama and the Government of India.

Speaker also lauded the wholehearted participation of the parliamentarians in the discussions and thanked the Public Accounts Committee, concerned departments, and staff for their assiduous work.

Speaker Khenpo Sonam Tenphel and President Dr Lobsang Sangay both strongly condemned those individuals who are involved in pursuit to defame and disrespect His Holiness the Dalai Lama. Such actions are intolerable and unbearable in society.