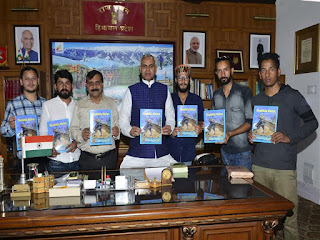 The Governor said that Kullu was culturally the most vibrant district with rich and diverse cultural repository and was also known for its traditional fervour, ancient temples and monuments, which not only add to its uniqueness, but make it one of the most colourful district of the State.

He said that the Association was indeed rendering a yeoman's service in preserving and showcasing the colourful and diverse culture of this beautiful district. He expressed hope that all members of the Association would continue to work with same zeal for promotion of cultural heritage of Kullu district.

Advisor to the Governor Dr. Shashikant Sharma was also present on the occasion.