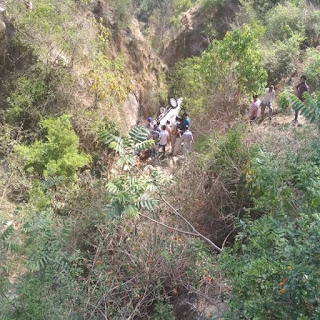 Shimla--- At least six sikh devotees today died and seven other injured , when the vehicle they were traveling in veered off the road on Monday morning at Amb Nehrian in Una District of Himachal pardesh

The injured have been admitted in Amb regional hospital. The devotees who were coming from Gurdaspur of Punjab were going to visit the famous sikh shrine of Baba Barbhag Singh in the morning.

The bodies of pilgrims were retrieved from the ravine by the Police and Fire Brigade personnel, said DSP Manoj Jamwal.