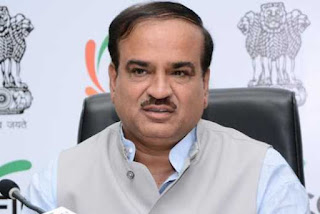 This institute  is being established at a cost of Rs 40.10 crore from the centre whereas the Government of Himachal Pradesh apart from providing land had also made a provision of rupees two crore in the annual budget 2016-17 for the same.

At present CIPET Baddi is functioning temporarily in the premises of Baddi Technical Training Institute (BTTI). The Motive of CIPET, centre is to upgrade the skill & technical competency of personnel in plastics industry.  It offers Post Graduate Diploma in Plastics Processing & Testing (PGD-PPT) from the academic year 2015-16 besides wide range of short-duration, skill-cum-technology up-gradation Programmes in the field of Plastics Processing, Injection Moulding etc.

He said that  Bulk drug Park in Ahmedabad and in Andhra Pradesh were also proposed and the third one at Baddi in Himachal as announced today.

He said that the CIPET centre would also be inaugurated by him next year, adding that Himachal had a good name in Pharma industry throughout the state.

Currently there are 28 CIPETs in different parts of the country, and eleven had been approved  in tune with the demands of the industry, he said adding that additional manpower requirement by 2023-24 will be around 1.16 million. As of now India requires nine lakh plastic engineer and skilled labourers, he said. Avinash Joshi, Joint Secretary, Ministry of Chemicals and Fertilisers welcomed the Union Minister Ananth Kumar and Chief Minister on the occasion. Director General, CIPET,  Dr. S.K. Nayak also  welcomed and honoured the Chief Minister and other guests present on the occasion.

Earlier, Union Minister, Ananth Kumar and the Chief Minister Virbhadra unfurled and dedicated the 100 feet high Monumental National Flag adjacent to office of Superintendent of Police, Baddi. This was the fourth such flag the Chief Minister hoisted, the earlier being at Kullu, Shimla & Mandi.