Efforts to destabilize HP Government will not succeed: Ambika Soni 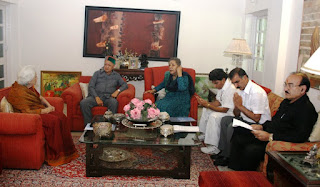 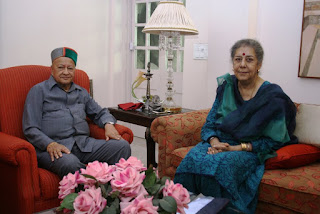 Efforts to destabilize HP Government will not succeed: Ambika Soni

------------AICC General Secretary and in-charge of Himachal Pradesh Congress Party Smt. Ambika Soni today presided over the meeting of the extended coordination committee of the State Congress in New Delhi.

Later, addressing the media, Smt. Ambika Soni said the efforts of Bharatiya Janata Party to destabilize the Congress government in Himachal Pradesh would not succeed. She said there was no crisis in Himachal Pradesh Congress and what happened in the Uttarakhand was an attack on democracy.

She said the Congress party in Himachal Pradesh would protest at block levels against the anti-democratic approach of the BJP.

Regarding on-going investigations by CBI and ED against Chief Minister, Smt Soni said, "this matter is sub-judice, where investigation is being done from 2011 onwards and we are going to face it and no one is going to evade the law."

She further said, " today I called an extended coordination committee meeting of HPCC to take the views of the party leaders."