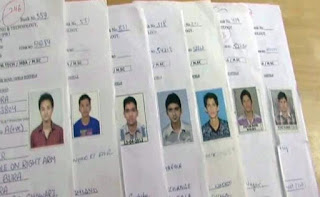 Vijyender Sharma
SHIMLA----The rescue teams finally managed to trace the location of eight engineering students who had gone missing during a trekking expedition near Chanderkhani pass near 20 km from Manali in Kullu District of Himachal Pardesh. Six out of eight engineering students, struck in near Chanderkhani pass near Manali, are safe, said Padam Singh, SP Kullu. The terrains are tough and rescue teams could take some time to airlift them, he added." We can not comment on the health of two others as of now," said SP. Hans Raj Chauhan, DC Kullu, claimed to have received information from a heli rescue team about tracing of their location.
"We have received information about their location. There is no information about their health as yet. A helicopert has been sent to airdrop food packets for them. They will be rescued soon. " the SDM claimed The good news after 70 hours of the incident has provide a come for a much relief to the parents of the victims and the Kullu administration as well. Earlier in the Sunday morning Himachal government has deployed three additional rescue teams of the Indo -Tibet Border Police (ITBP) from three different locations including Nagar, Jana and Bijli Mahadev despite of bad weather.Seven students of Sant Longowal Institute of Engineering and Technology (SLIET), Sangrur, Punjab, and their senior and ex-SLIET student Bharat Parkash, a Kullu resident, had gone missing while were on a trekking expedition near Chanderkhani pass almost at a height of 12,000 ft from the sea level. The trekkers has been identified as Chetan Chori and Saurav Sharma from Ambala, Ankush Kumar from Gurdaspur, Rohit Kumar from Bhagpat district in Uttar Pradesh, Hitendra Sharma from Theog , Anil Kumar from Hamirpur, Akshay Kumar Bura from Chamba and Bharat Prakash from Kullu district. They had left from Nagger on Thursday.